ok, this is where it gets fun!

we were given a magazine ad to mimic using some of the things we learned last session (glass, metal, texture). my group was given an advertisement for absolut vodka in which a magazine ad magically drips into a martini glass (see below). our assignment was only to have the bottle and glass. we didn't need to have the magazine or the water drop. 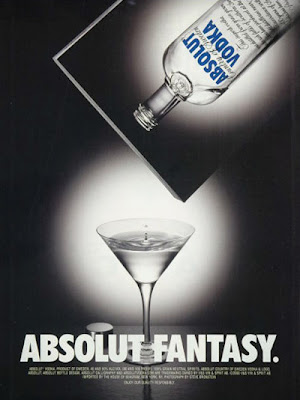 we began by shooting just the bottle above the glass. this took many different setups. for the "vodka" in the bottle, we used a fast-setting resin. 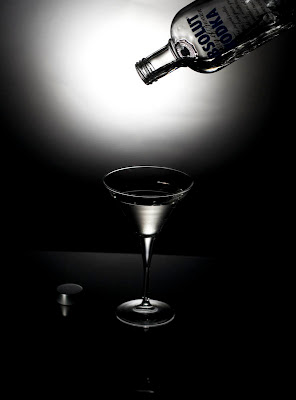 next we took the shot from the same position, but this time had a mechanism designed to drip water into the martini glass. as you can see, the glass started getting drops all over it from the splashing, but the timing had to be just right. i originally had a photo of the droplet that looked like the one in the original ad, but opted to used this "crown" shaped droplet instead. you have to click on this photo to see the drop up close - even i was impressed! 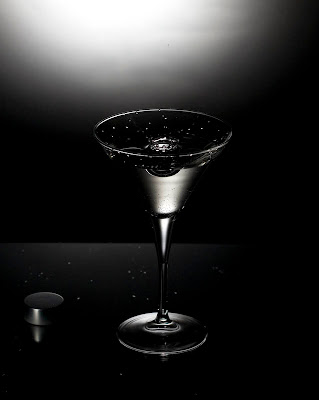 of course, the 2 photos aren't much good without the other, so i used some basic photoshop skills to take the "crown" from the droplet shot and place it into the "clean" shot with the bottle. the result? have a look for yourself: 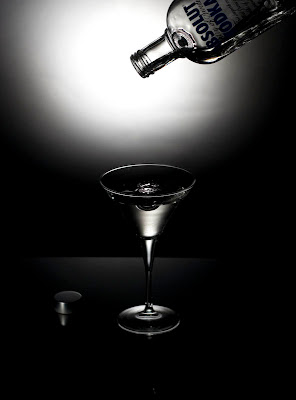 here is a shot of our setup. we used a boom to hold the coke bottle that had water and a tube with a regulator at the end to time the drips. we had a stand which we clamped the bottle to and a pane of glass on a black blanket for the "table." 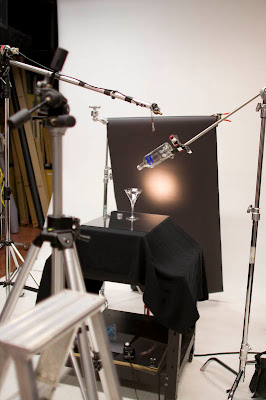 this was probably the most fun i've had in a studio session. it was easy to see how this one photo shoot could have lasted several days. given the time, we could have mimiced the original ad campaign.
Captured by derek.juneson|photography at 11:57 PM 0 comments

so this studio session wasn't the most satisfying, but at least the theory behind the techniques was interesting. we were asked to bring our own props for these shots: glass, metal and texture.

here's the glassware shot. materials used: glasses, straws, lemons, lime, blanket, glass tray. the theory for shooting glass is to have a backlight to light up the contents of the glass (or to otherwise show its transparency) and one or more lights in front of the glass to provide reflected highlights (to add depth) 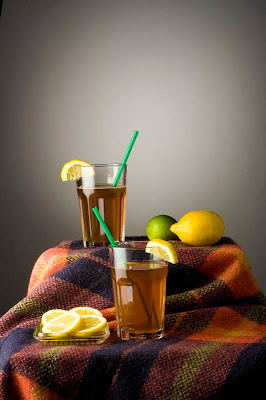 for the metal shot, i decided to go with a ratchet set. the theory for metal photography is that metal acts like a mirror. to get the highlights in this photo, i had to place a strobe with a large soft box over it. without the large light source, the tools would appear completely black and "lifeless." another difficulty with shooting metal (particularly larger objects) is to avoid photographing yourself in the reflection. 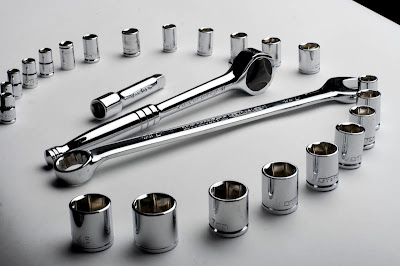 for the texture shot, i used a box made of coconut skins held together with stitching. there wasn't much time left for this shoot, so this photo wound up rather rushed but still achieved the effect. the theory behind shooting textures is to use a hard light at a right angle to the object. that way, the texture's peaks and valleys are dramatically shown by highlights and shadows. 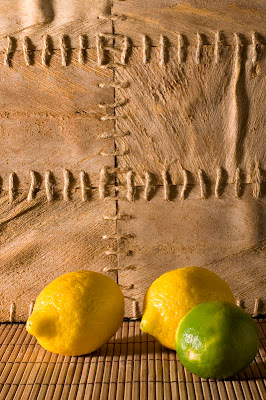 during this session, it was evident that photo shoots could last days. i had to shoot 3 photos in 3 hours and that was not enough time.
Captured by derek.juneson|photography at 11:40 PM 0 comments

so it's been a while since i've added to my online portfolio here. part of the reason is because my last course ended but i've been taking photos since then, and i've started yet another course. in this photo shoot, we were asked to bring in a box the size of a cereal box. of course, i don't eat cereal, so the next best thing - software! 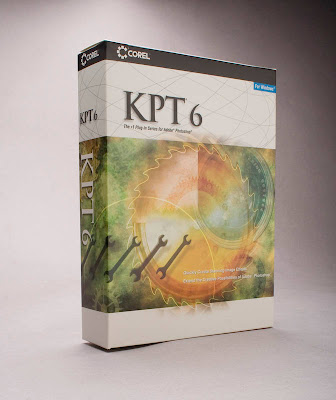 the goal was to produce a shot with very soft shadows. the light in this shot was directly above the product with a soft box to soften the light. i began the shoot with a 50 mm, but was rather bored with the 3/4 shot and decided to move in for a close up and swapped to my new 24 mil. this shot got some compliments from classmates. the reason i like it is because it shows the perspective while maintaining the vertical lines on the box - something other students tried to accomplish. i was also pleased with the gradient background (completely non-intentional).

Captured by derek.juneson|photography at 11:25 PM 0 comments